SanChung Bus (www.sanchung-bus.com.tw) is the top 5 passenger transport company in Taiwan, and they hold about 900 buses, before they had very bad experience about using mobile DVR because of record stopping, hand up and reboot automatically such problems, furthermore this mobile DVR vendor is kind of agent, therefore they only replace mobile DVR without repairing and finding the root cause, also due to they don’t have capacity of debugging, when the products EOL, they will replace new product only and it cannot be compatible with old version, so SanChung Bus have to learn such different systems. Until other passenger transport company who already using VPON’s mobile DVR introduced VPON products to them.

In the beginning, SanChung Bus doubted VPON’s mobile DVR that worried about some problem happened; therefore they only accepted 1 set for test on their bus. During installation period they found that VPON’s mobile DVR is very easy and quick to install without complex settings. Additional VPON’s Fleet Management System (VDMS) provides them live view and remote functions. Fleet manager said VPON’s interface of VDMS is very friendly and do not need to spend too much time to adapt new system and there is not any problem happened in the test time.

In order to pursue stability, SanChung Bus is requested to buy SSD storage for their old mobile DVR, however feature of VPON mobile DVR is including anti-vibration and anti-shock, customer no need to purchase expensive SSD storage, we suggest to use normal HDD which capacity is larger and cheaper, so SanChung Bus can save much money.

Finally, they tested our products for a year, and there is not any problem, therefore SanChung Bus decided to replace all old mobile DVR, and put VPON’s VP-5X08 3G/LTE mobile DVR on their Buses. It has been replaced continually from 2015. 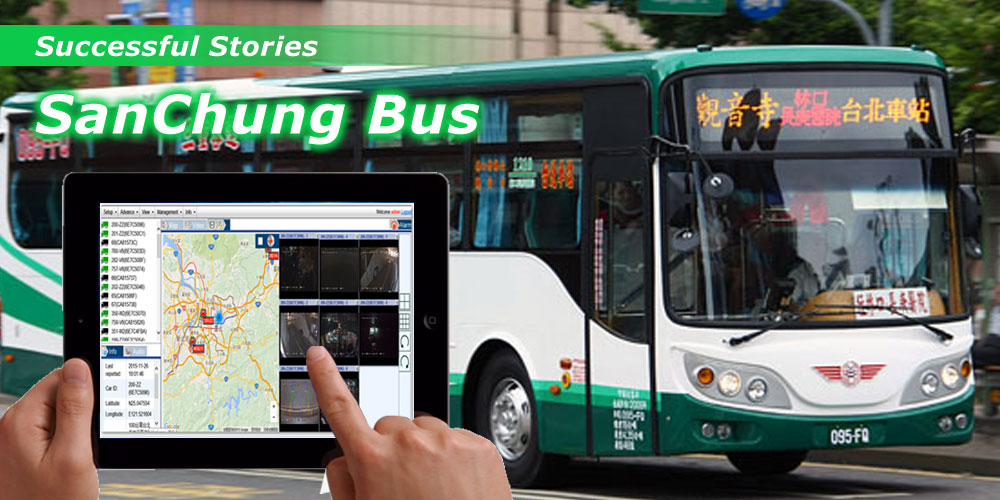